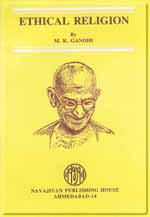 Hypocrisy has nowadays increased in the world. Whatever a man's religion, he thinks of only its outward form and fails in his real duty. In our crazy pursuit of wealth, we seldom think of the harm we cause, or are likely to cause, to others. Women in Europe do not hesitate in the least to wear soft [kid] gloves even though these are made by killing young and tender animals. It is known the world over how Mr. Rockefeller, said to be the richest man in the world, violated many rules of morality in amassing his fortune. It is because such conditions prevail around them that many people in Europe and America have turned against religion. They argue that, if any religion worth the name existed in the world, the inordinate wickedness that is rampant all round would not be there. This is a mistaken view. As it is common for a workman to quarrel with his tools and not try to look for his own faults, so instead of thinking of the wickedness in themselves, men brand religion itself as humbug and go on acting and living as they please.
Observing this trend and fearing that, if all religions are destroyed, a great calamity may befall the world and people may forsake the moral path altogether, many Americans and European have come forward to try, in a variety of ways, to bring the people back to that path.
A Society (The Society for Ethical Culture, Chicago.) has been founded which has shown, after an investigation of all religions, that not only do all of them teach morality but they are based for the most part on ethical principles; that it is one's duty to obey the laws of ethics whether or not one professes a religion; and that men who would not obey them could do no good either to themselves or to others, in this world or the next. The object of these societies is to influence those who have been led to look down upon all religions because of the prevailing hypocrisy. They find out the fundamentals of all religions, discuss and write about the ethical principles common to them and live up to them. This creed they call Ethical Religion. It is not among the aim of these societies to criticize any religion. Men professing all religions can, and do, join these societies. The advantage of such societies is that members adhere to their own faith more strictly and pay greater attention to its moral teaching. They firmly believe that man ought to abide by the laws of morality and that if he does not, it will mean an end to all order in the world and ultimate destruction.
Mr. Salter, a learned American, has published a book on the subject, which is excellent. Though is does not deal with any religion as such, it contains teachings of universal application. We shall publish the substance of these teachings every week. All that needs to be said about the author is that he practices whatever he advises others to do. We would only appeal to the reader to try to live up to those moral precepts that appeal to him. Then only may we regard our efforts as having been fruitful.